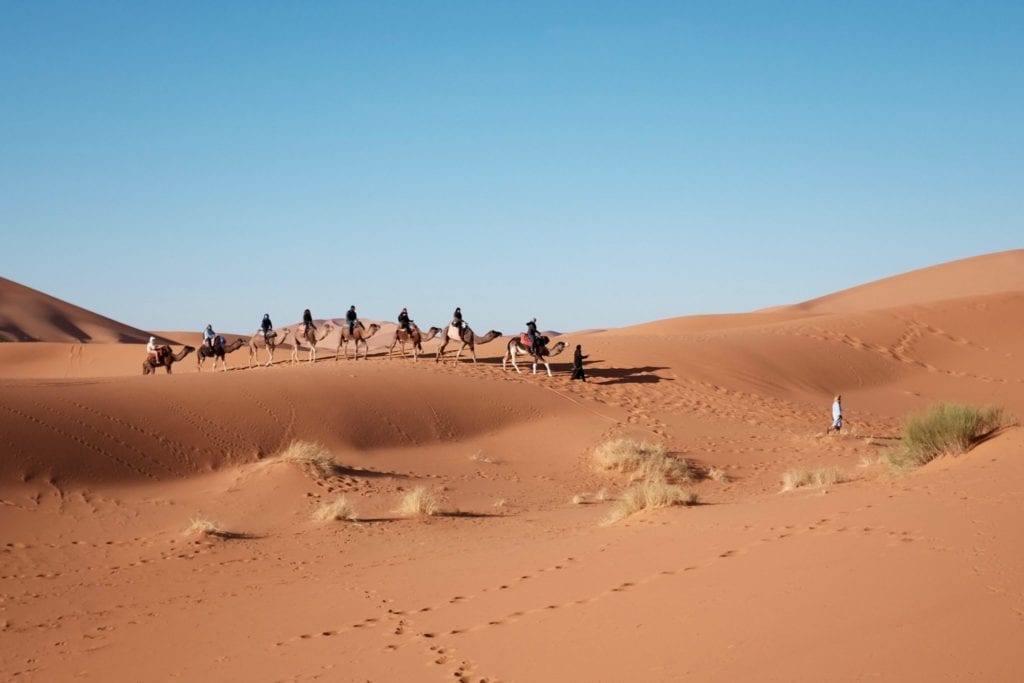 “They set off together into that vast monotonous emptiness, hearts to the wind, open to the messages of the eternal.” – Jewels in the Net of the Gods

The beauty of writing a book that includes vignettes in wonderful places around the world is that I am reminded of the miracles that happen when we are open and not in agenda mode.

When I was in Egypt in 2,000 I decided to take a camel trip out into the Sinai desert. I was not surprised at the vastness of sand and sky. Nor the silence. But I did expect the many broken pyramids and temples. And it was an amazing encounter with some the Bedouin that lead to the following chapters from my book:

“After a great deal of time, out in the middle of that seemingly interminable sea of undulating sand, loomed the unexpected yet comforting and welcome sight of an ancient temple. Tall worn pillars stood proud against the open sky. The subtle, precise intricacy of the ancient mosaic floor was a sight for weary eyes. The surety of that un‐shifting ground and the mysteriously etched columns that have stood the test of weathering and centuries had as it turned out, beckoned others as well. There they encountered a small group of Bedouin who had also chosen the stone pillars as their bulwark against the gathering night.

Liora could have been concerned in the presence of those black‐robed strangers, strong men who live with the fierceness inherent to such a harsh land, but she was not. Conversation, she found, turns naturally to depth and the sacred in the face of such remote history and timelessness. Slouching against the strength of those ancient columns they talked of other pillars ~ the pillars most sacred to her group of fellow travelers ~ the five pillars that are the cornerstone of their Muslim faith, and on which they base the truth of their lives: creed, prayer, fasting, charity and pilgrimage.

They talked about who among them had been on the long rewarding Hajj to Mecca; who was still saving for that arduous trip; and most particularly, how they were working on their own inner Hajj ~ that most difficult pilgrimage to conquer their nafs or inner demons, those unexamined fear impulses that serve to keep one separate from oneself and others. And as they talked, they felt the sacred breath of Allah blow through them with the rise and fall of their conversation. Through it all they discovered a deep sense of peace and connectivity that enveloped their motley group of travelers and bound them together.

So when the time came to part, and they said their final goodbyes, they took a moment to acknowledge and recognize the miracle of healing that had taken place in the desert between Jewess and Muslim, male and female. They noted with genuine warmth, that out there, none of those things mattered. As they bade each other Shalom/Salaam, Liora knew why she felt such a sense of the imperative about the trip. They, in their own small way, were contributing to a healing in the world. And for that they needed to lean on the surety of their own inner pillars ~ those magnificent structures of trust, faith and strength that support the edifices and fabric of their lives.

Alhamdulillah, Liora thought as they parted ways, Mohammad would be have been pleased!”

← 3.00 am book writing inspiration…….really!The Courage to Work for Peace! →